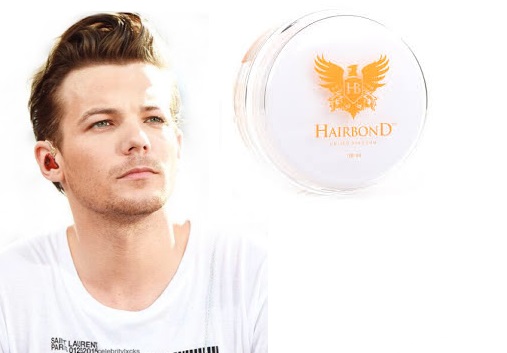 In such a competitive market of young models, singers and actors, up against the likes of Tom Holland, Cole Sprouse, Justin Bieber, Robert Pattinson and now of course ex-1D partner Harry Styles , Louis’s haircut is always going to be an exciting and remarkable source of inspiration for those who need a new trendy and cool haircut.

Louis has straight hair that can be combed to the sides, backward, forward with a twist to one of the sides, spike upwards, or a quiff!

In all cases, Louis usually has his hair in different layers to make his hair voluminous and thick. In addition, Louis often alternates between having messy or neat hairstyles, but mostly he makes you feel that his hair has a free style.

Regarding the color, Louis’s natural hair color can be considered dirty blonde or light brown, and he once dyed it red for Comic Relief. Choosing your most convenient hairstyle depends mainly on your preference.

For example, if you are a guy who wants to cover his forehead, then one of the hairstyles in which Louis has his hair combed to the sides in a manner that covers his full forehead will be perfect for you, and vice versa. Just check out the whole collection and find your best new haircut!!

Since One Direction’s 2016 breakup, indefinite hiatus, disbanding, or whatever you want to call it still has us emotional four years later. One of the top boy bands of the 2010s defined so many good times for all of us Directioners. We miss them.

For the greatest Louis Tomplinson hair results, we recommend using small amounts of the Shaper Professional Hair Toffee. Designed to provide a strong hold, the strongest hold in the Hairbond range. Hairbond Shaper Toffee boasts an amazing fragrance of Vanilla Butterscotch Toffee that will have you attracting attention wherever you go.