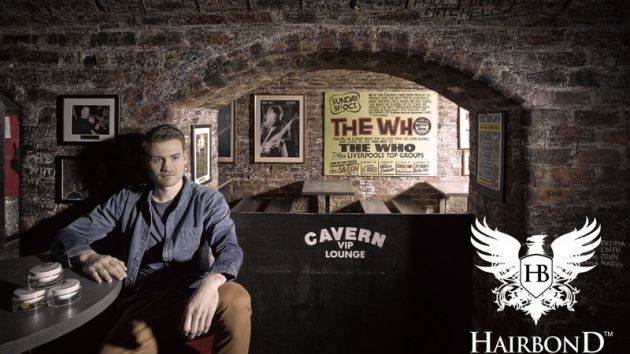 After previous success with connecting sports influencers to Hairbond, Scott Michaels football agent met up with the Liverpool goalkeeper at one of Liverpool’s most visited landmarks, the Cavern Club nightclub, birth place of the Beatles at 10 Mathew Street. Here Mignolet posed for a photoshoot alongside Hairbond products.

“Hairbond is a high quality product that I have been using for quite some time now and I am very happy to represent the Hairbond product range in the future as their brand Ambassador. Not only are the products of superb quality but so is their founder Scott, who happens to be a Liverpool F.C fan. I am thrilled to be working with him and Hairbond in the important year of 2014.”

“After we showed Simon how successful our ambassador programme worked out with England cricketer Jimmy Anderson, moving into football with the first choice Liverpool goalkeeper was a no-brainer. Simon is a great guy and really understands the Hairbond vision and market. We look forward to expanding the brand within the football industry and now we have our feet under the table.”

Since 2014, the Hairbond brand has accellerated through Premier League clubs into the washbags of the hundreds of players who play right at the top of their game.