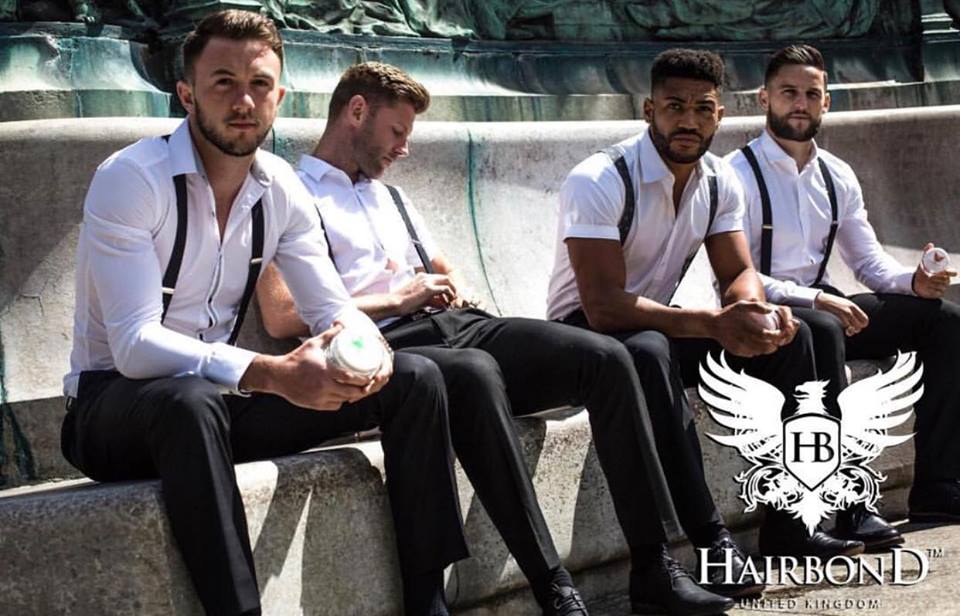 Hairbond invited four sportsmen to Lancaster, Lancashire in the northwest of England for a brand new Hairbond photo shoot whilst capturing them in popular landmarks of the historic, hometown, medieval city.

Craig Ian Conway (born 2 May 1985) is a Scottish professional footballer who plays as a winger for Blackburn Rovers. He has made seven appearances for the Scottish national team.

Conway started his career with Ayr United before moving to Scottish Premier League side Dundee Unitedin 2006. Ayr did not receive compensation for the deal until 10 months after he left. In 2011, he moved to Championship side Cardiff on a free transfer. On 13 September 2013 he signed for Brighton & Hove Albion in the English Football League Championship on a three-month loan. 31 January 2014, Conway joined Championship side Blackburn Rovers on a ​2 1⁄2-year deal.

Born in Glasgow, he has played in the Premier League for Blackburn Rovers, and the Football League for

Gallagher has also been capped by the Scotland national team.

Ryan Brierley (born 12 March 1992), also known by the nickname of “Kes”, is a Scotland international rugby league footballer who plays for the Toronto Wolfpack in the Betfred Championship. He plays as a goal-kickingscrum-half or stand-off.

Brierley previously played in the Championship for the Leigh Centurions, and in the Super League for the Huddersfield Giants.

Tomi Tatham is a light heavy weight pro Boxer born 05.07.1989 in Wandsworth and now residing in HIgher Bentham, Lancashire. Tomi made his debut in 2012-10-07 and now runs his own personal training business based in Ingleton visit the TNT training website here