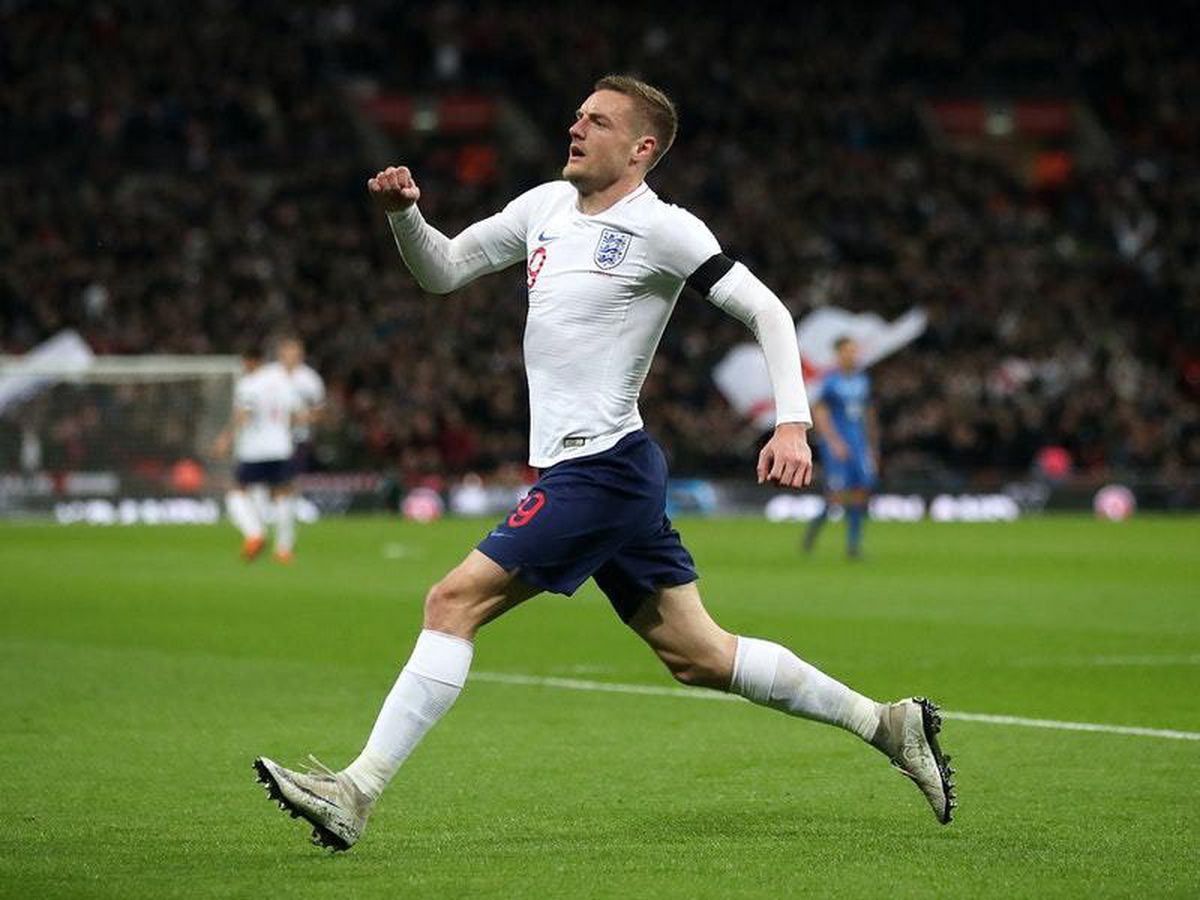 Jamie Vardy is an English professional footballer who plays as a striker for Premier League club Leicester City and the England national team.

After being released by Sheffield Wednesday at the age of just sixteen, Vardy began his senior career with Stocksbridge Park Steels, breaking into the first team in 2007 and spending three seasons before joining the Northern Premier League club F.C. Halifax Town in 2010.

In May 2012, Vardy signed for Leicester City in the Championship for a non-League record transfer fee of £1 million, and helped the team win the Championship in 2014. In the 2015–16 Premier League season, he scored in eleven consecutive Premier League matches, breaking Ruud van Nistelrooy’s record, and was voted the Premier League Player of the Season and FWA Footballer of the Year as outsiders Leicester won the title. Vardy made his international debut in June 2015 and was selected for UEFA Euro 2016 and the 2018 FIFA World Cup.