Since this hugely successful series launched, men are asking their barbers for the Tommy Shelby haircut and for a Hairbond product to take home.

Peaky Blinders has certainly been an influential series for 2022 hair, style and fashion.

Even the Birmingham-born England footballer Jack Grealish is all over the Peaky Blinders / Hairbond trend.

As the proud #1 hair styling brand for Professional Footballers, Hairbond United Kingdom has been supplying some of the world’s best football players around the globe for now over a decade.

We are proud to have collected so many endorsements and continue to be supported by celebrities and Premier League footballers including England national players of the past Michael Owen, Phil Jones, Fraser Forster, Jamie Vardy, more recently Jordan Pickford, Harry Winks, James Ward-Prowse and as we move into the future, we’re racking up more support from the next generation, rising stars such as England U21 / Brentford winger Keane Lewis-Potter, Joe Bursik (England/Stoke U21 GK), the Scotland and Chelsea starlet Billy Gilmour and a whole host of other promising talents.

So let’s first have a look at the famous Tommy Shelby character. Shelby is played by actor Cillian Murphy. Then we can have a look at all the main characters, season five hair cuts and how to style them. 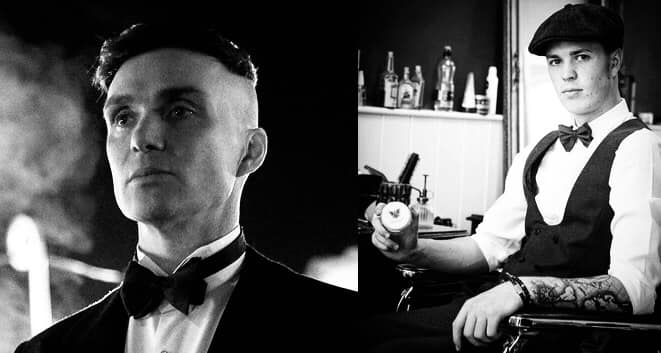 There’s been as many as 5 Peaky Blinders seasons by now. We wanted to look at the Peaky Blinders characters hairstyles. Most importantly the new Tommy Shelby Haircut. Tommy Shelby and the gang have taken over our screens over the past few years. Now we will explain how you can recreate the same styles at home, whilst using Hairbond’s British, elite hair styling products.

The leader of the Peaky Blinders has a harsh haircut because it matches his well known edgy behaviour. So what is the Tommy Shelby hair cut? There is no fade and it is not an undercut. The classic Tommy Shelby hair is a disconnected cut without a guard around the back and sides. The top is left longer in two main sections.

How To Style The Thomas Shelby Haircut

We recommend the Hairbond Super Professional Hair Fibre. This product will give you the sensation of applying a soft wax but without the greasy feel or look. With a 5/5 hold strength, you get lots of control. You get a true natural matte finish, just like there’s no product in there at all.

After spending some time in the states Michael picked up a neat American hairstyle.

How Do You Style The Michael Gray Haircut?

Michael has a pronounced parting down the left hand side of his head. Whilst the hair is slightly damp, we recommend applying a small amount of the Hairbond Gripper Professional Hair Pomade. With a fruity fragrance and water-soluble formula you will find this easy and pleasant to both apply and wash out.

Arthur now has a shorter crop style to his hair in comparison with the usual longer length on top.

How Do You Style The Arthur Shelby Haircut?

Arthur Shelby has lost a lot of length on top and is wearing it forwards and down. You can make out the textured layers when you look closely. We recommend using the Hairbond Distorter Professional Hair Clay because it is a matte styling product and it creates and enhances texture.

Oswald Mosely played by Sam Claflin has without a doubt been one of the fiercest adversaries to the Peaky clan to date.

Allegedly a hair piece was cut and blended into his own hair leaving Mosely with a very sharp peak 1920s haircut.

How Do You Style The Oswald Mosley Haircut?

Whilst the Hairbond Super is invaluable for thickening the hair’s appearance, it means you will not need an added top piece to style like Mosley. 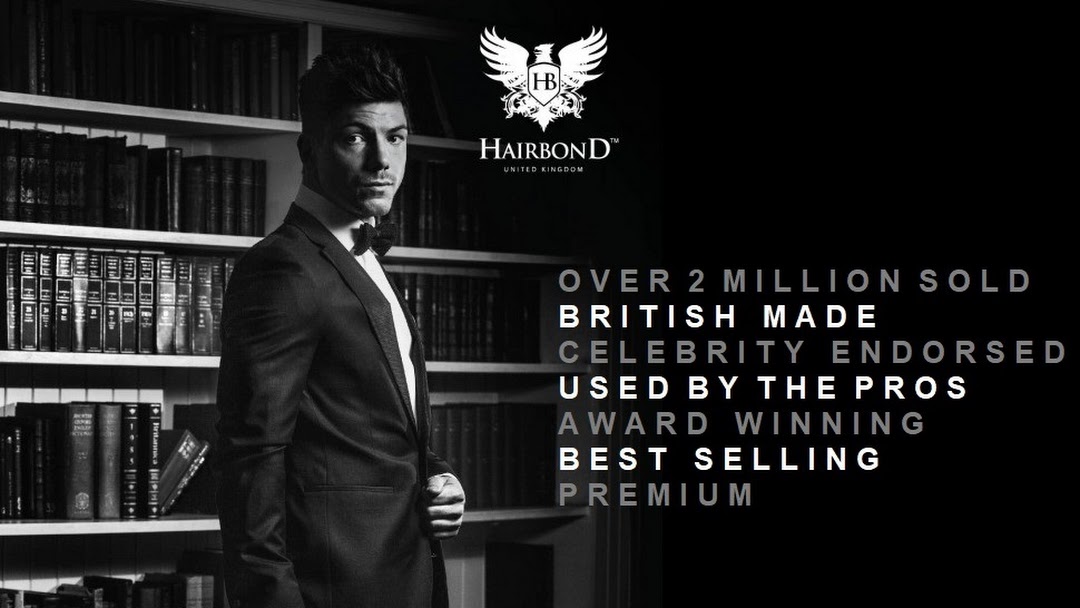 British hair styling brand Hairbond, manufacture and wholesale a professional range of high quality, luxury hair care products and you’ve decided you would like to join the #HairbondTribe and resell our elite hair products in your shop.. Welcome to Hairbond wholesale.

Made for and by industry professionals, the brand wholesales out to the best hair salons and barber shops around the world.

If you have decided you would like to stock Hairbond then use the “Contact” section of our website and fill in the contact form or if applicable go direct to our global sales agents representing Hairbond in your country:

If you’re in England, Ireland, Scotland or Wales you are going to need to speak with the UK operations team. UK Sales Agent Stefan can be contacted directly on +44 7955656152

If you run a shop in the Netherlands, Daniel is our Dutch Sales Agent and will look after your account. +31653160901

If you’re a shop manager in Iceland, contact our Hairbond Wholesale Sales Agent Ellert on +354 869 9903